73. Male – Napanee
Fiction/Non fiction/ Magazine and newspaper This writer has an extensive background in writing about art and architecture as well as other genres of writing

75. Female – Toronto
Award-winning author with 12 books, numerous short story collections and is included in many anthologies.

78. Female – Ottawa
Fiction and Non Fiction – Sixteen books, an order of Canada and too many awards to mention.

79. Male – Toronto
Fiction/Non Fiction/Journalism – Writer of 11 books and many feature articles for magazines and newspapers

84. Female – Thunder Bay
Non-Fiction and Publishing – A best-selling author of eight non-fiction books and an award-winning freelance journalist and photographer.

85. Female – Ottawa
The writer is a well-respected lecturer, writer and curator of contemporary art in both Canada and the United States.

117. Female – London
This writer has an extensive background in Journalism and has written for many Canadian magazines and newspapers.  She has a sound understanding of the business of writing

118. Female – Toronto
This award winning writer was a published poet first, then a puppet playwright, then a live-stage playwright for both children and adults, then an author, and then a screenwriter for TV and film. She concentrates now on plays and books (Available for a half mentorship)

119. Female – Scarborough
This mentor has had 18 novels and books of poetry published internationally and has professional mentorship experience.  She is a 2-time winner of the Arthur Ellis Crime Fiction Award

137. Female – Toronto
Award winning novelist, translator, editor and teacher looking to provide one to many mentorships through workshops, seminars, lectures and other individually designed programs.

149. Female – Montreal
This literary fiction and non-fiction writer, for both adult and young adult audiences, was the recipient of many literary distinctions including finalist for the Governor General’s Literary award and the Giller Award.

150. Female – Georgian Bay
This award winning “Eco-fiction” writer focuses on a genre that she believes will expand as the environmental crisis escalates.

151. Female – Dundas
After being an English teacher for ten years, this mentor realized her dream of becoming a writer.  Her first book was short-listed for the Mr. Christie’s Book Award. A companion collection was also a Christie nominee, and made the shortlist for the 1996 Governor General’s Literary Award.

153. Female – Frankville
Award winning author and illustrator of Childrens’ Literature with an extensive knowledge in zoology

162. Female – Toronto
This award winning writer has written fiction, memoir, non fiction, scripts and more. She has successfully applied for and received grants from both the OAC and the Canada Council for the Arts.

163 – Female – Toronto
This Author has written over 70 books for young people including picture books, early chapter books, novels for the reluctant reader, Governor General nominated novel, plus television scripts, magazine stories, and textbook articles.  She has written 40 titles in the Franklin series

178 – Bowen Island, BC
Many years ago, I wrote a mission statement for myself: “To write disruptive narrative to heal our relationship with the Earth and with Indigenous Peoples.” As a result, four published books: an award-winning novel about the healing power of music, two books of creative non-fiction, a book of poetry, and five CDs of original songs. Two screenplays produced, both of which won awards, including an Emmy nomination. I can teach a mentee the intricacies of story and plot, the importance of savouring their own voice, and support them in finding outlets for their writing.

179 – Female – Kitchener ON
The road to completing a writing project can be a bumpy one. As a former teacher, current freelancer, writing coach, and Amazon bestseller, I can help. Successful writing requires practical, get-it-done steps, and I will work with you to find the ones that fit within the constraints of the life you are living now. As a writing coach, I consider myself your personal, all-in-one, pit crew. I’m here to smooth out your journey to the completion of your book with unfailing support and access to all the expertise and research I have accumulated in my writing life.

182 – Female – Peterborough, ON
I have 16 years’ experience teaching creative-nonfiction and memoir writing. I was also a clear language writer and editor with a special interest in health topics. I have published many pieces of fiction, nonfiction and memoir in literary journals, essay collections, national newspapers, health journals, and travel magazines. I have also written two books about women’s health and have had two plays produced. I believe I could help someone discover what s/he wants to say and how best to say it.

92. Female – Thunder Bay
Award winning author with a substantial publication history in magazines, and journals as well as dram writing and numerous books.

93. Female – Carlton Place
A distinguished author and poet with an interest in History.

135. Female – Toronto
This award winning Artist has four decades of writing, publishing and performing her work in Canada and abroad. She is a leading influential figure in the Canadian literary landscape.

136.  Male – Toronto
An award winning poet with half  a dozen published books. 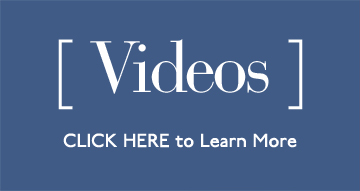 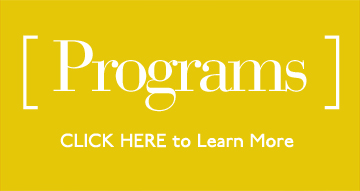 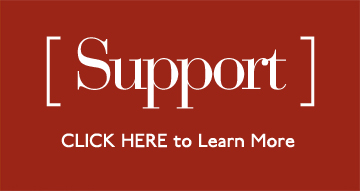